Sam Whiles is co-host of ‘Down in the Hole’, a fortnightly podcast exploration of Tom Waits’ entire musical back catalogue. Subscribe on iTunes here or listen to all past episodes on the YouTube channel.

The world Tom Waits crafts through his songwriting is littered  with countless recurring topics & images of mythic import. Nightlife, for example:  cars, cities, fringe society members too amongst other signposts. Don’t forget crows, barns or mules either.

And although you would be hard pressed to find anyone who would see ‘the ocean’ as one of Waits’ more central muses, that isn’t to say that it doesn’t crop up continually throughout his careers. In countless careers of artists of all fields in fact; the ocean for almost almost all writers represents a goliath of imagery, so immediately evocative of many of our root, base emotions, ranging as broadly as life to death. For a writer as prolific as Waits then, it was inevitable that he would eventually come onto the subject of the ocean. 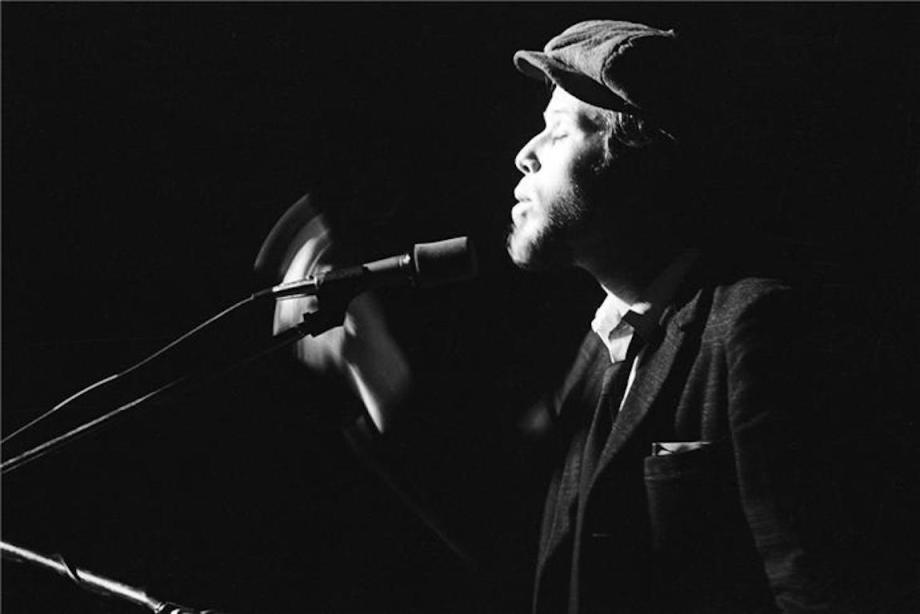 Typically, in scanning the waves for Waits’ nautical references, it is in his later work where you find the majority of his allusions to the big blue. It’s actually on his second album, The Heart of Saturday Night, however where you find the first. Now whilst this album is certainly land based and occupies itself more with the exploration of the sweltering city,Waits being the world builder that he is, still gives brief references to the fact that it is indeed a coastal city. Not that Waits was ever one to sing about going to the beach or anything.

In the song ‘Shiver Me Timbers’ instead of using the ocean as one of his standard geographical reference points, he uses it as the canvas for which his character can make both his literal and metaphorical escape. For a young, romanticised writer like Waits the idea that you could simply hop on a boat and leave everything behind was clearly a very suggestive one. The ocean here is not some great wilderness ready to be explored, rather it is a very solemn, immature, and quick fire solution to his problems as it separates you completely from having to deal with one’s problems. 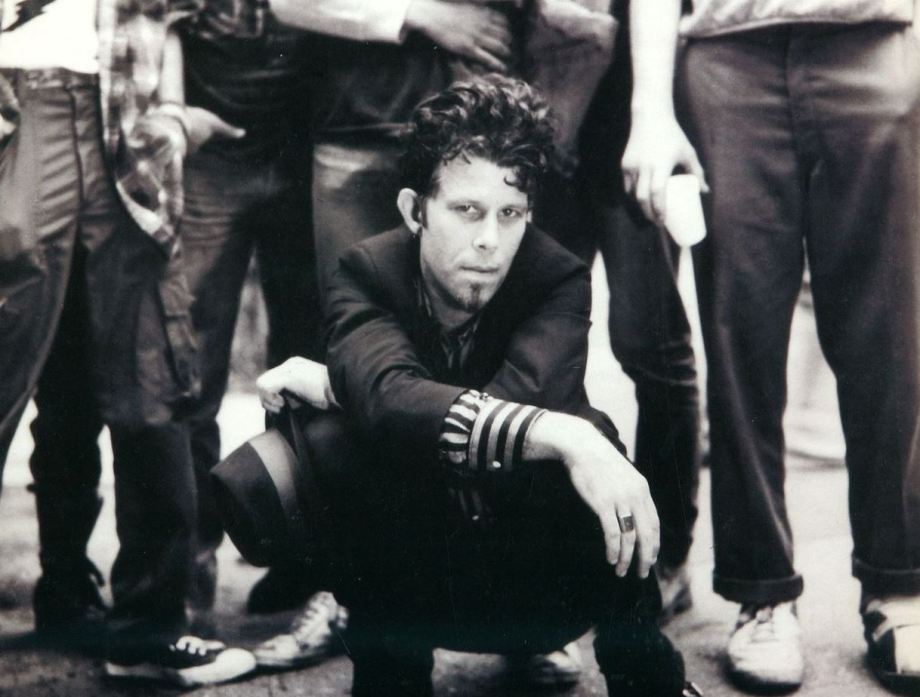 Then Waits runs a little dry for a while and we have a six album gap, not that he ever set out to be a greater writer of the sea, but it’s interesting to see the shift develop. Now throughout this period he will mention the idea of a sailor missing and being away from home in ‘Tom Traubert’s Blues’, but it won’t be until Waits starts writing fully for himself at the start of the ‘Franks Trilogy’ that he fully explores his deep affinity with sailors.

At a point in his career where he abandoned all his previous conventions it makes sense that his view of the sea would also change. Whereas before Waits sung only about how the ocean was a place you purely escaped into, now instead it’s something Waits welcomes us, the audience, into. In both ‘Shore Leave’ and ‘Singapore’, Waits uses the ocean as the ultimate image to convey the weird and the exotic. They are both songs that take you deep into these oddly alien worlds, and rather than just some chap setting sail to essentially run away from home, here Waits’ sailors all hint at a tragic post-war heritage, like all this exotic escapism would come at a steep price. It cannot be ignored that his own father Frank Waits 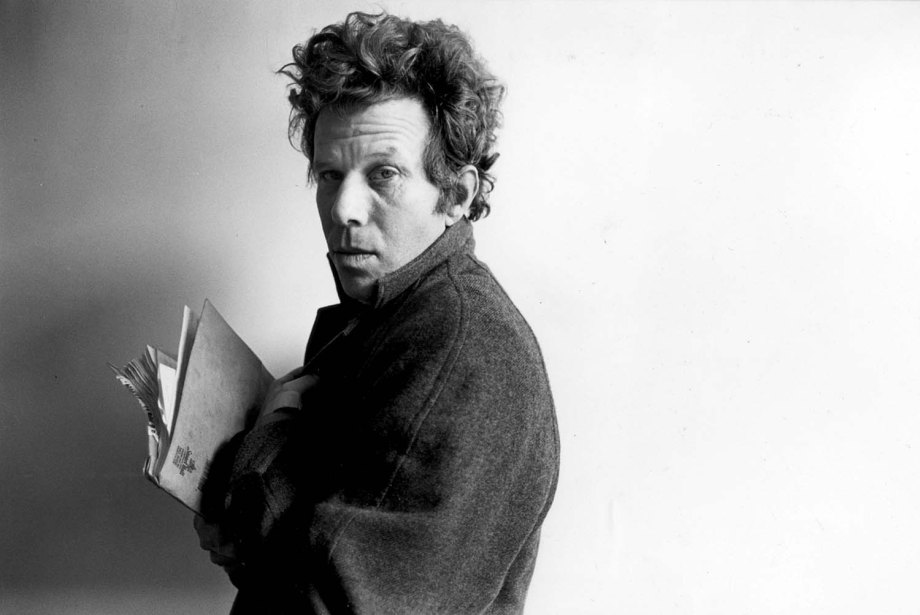 The wild and dark connotations the ocean has as a symbol against civilisation means it’s clear to see why it didn’t appear until later in Waits’ songwriting career. In his early work Waits was definitely more interested with what happened to the American cityscape, seedy diners and midnight clubs. All being places where civilisation, if anything, has too strong a presence and has run amok. However, Waits’ own real world and musical maturity lead him to ‘head out west’ and begin his notorious ‘sur-rural’ phase.

The ‘sur-rural’ phase from Bone Machine onwards has firmly had an obsession with death so it was not hard for Waits to transfer this to the ocean. In the spoken word track, ‘The Ocean Doesn’t Want Me Today’ (perhaps Waits’ most overt reference to the sea), he turns the ocean from a place he was once inviting us to explore, into a place that is dangerous and not somewhere you would ever like to be. But that doesn’t mean that it still doesn’t have the same obsessive alluring pull that forces the character to contemplate his daily suicide on the shore. Now despite all the ocean’s connotations with death we cannot forget that it is also the birthplace of all life on earth, aka the mother, so to have a character have an uncontrollable urge to once again join his primordial womb says something very interesting about the human condition. However, on the same album with ‘A Little Rain’ Waits portrays the ocean as being so universal to humanity that he turns the very action (or lack) of simply viewing it to be the very paragon of innocence. 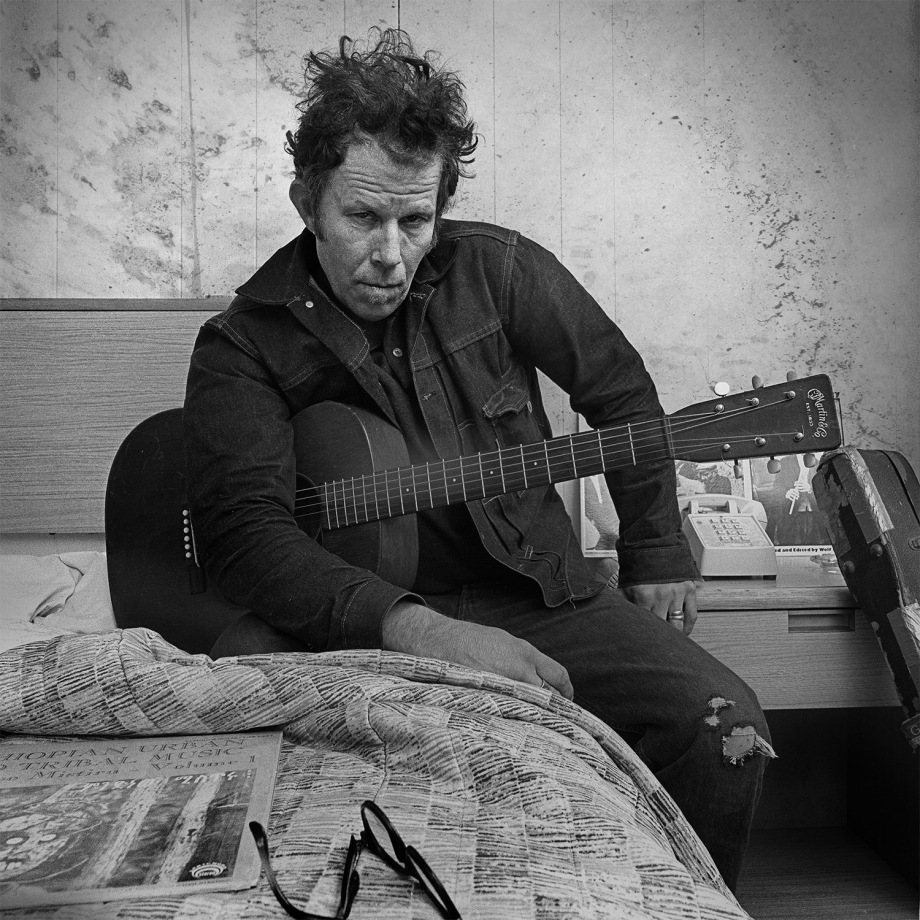 In Waits’ later phase of his career we clearly see the image of the ocean cropping up again and again in a much greater frequency than ever before, even taking over his preoccupations with cars. It’s interesting to muse over whether the ocean is a topic more relegated to the older writer with his own mortality looming.

The Alice album features the themes of drowning (both figuratively and literally) and death surrounding the ocean come to the forefront. In literature, water has commonly been seen as a feminine symbol (bodily fluids etc) and this album has the most nautical references of any Waits album proper. This is actually very fitting as the novel Alice In Wonderland itself features many oceanic moments, most notably Alice crying entire oceans of tears, and being trapped in a bottle upon choppy waves.

It’s a shame that Waits wasn’t that heavily politicised yet as the idea of him addressing the absurd Dodo ‘Caucus Race’, with all of its own digs at directionless, apathetic political bureaucracy is as enticing as another ‘In The Colosseum’ . However later in this latter part of his career Waits was slowly becoming more political as seen in Real Gone’s ‘Hoist That Rag’ which takes the previously adventurous sailors of old and realises them as the mere pawns; cogs in an angry violent military structure that blindly follow commands. 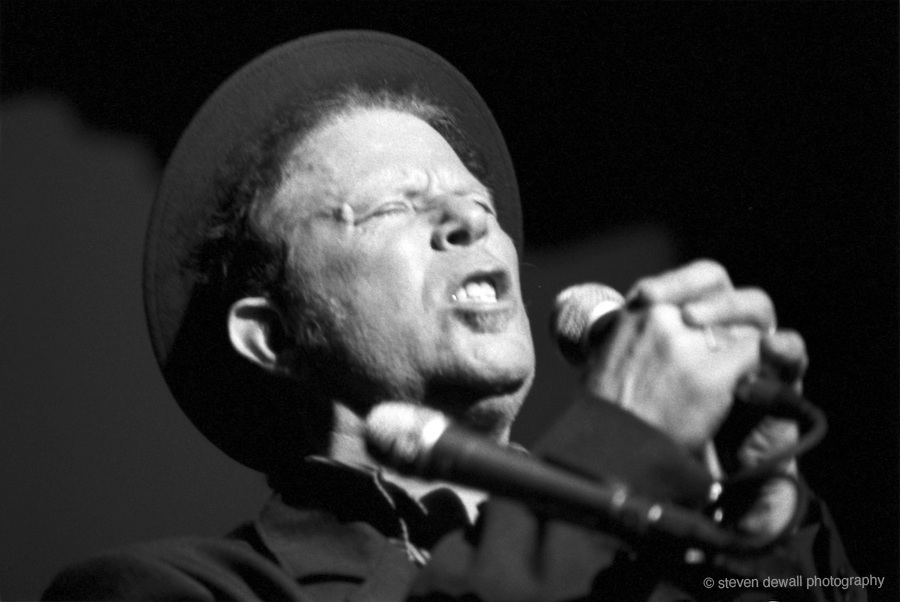 The staggered writing of songs appearing on Orphans means that they are rarely tied by any unifying images but it’s clear that they were all written after his shift in the writing process as the image of the ocean appears very regularly. Waits’ fascination with the ocean culminates with ‘Two Sisters’, being his first true sea shanty.

Waits throughout his vast discography has perfectly reflected the complex relationship with the ocean. His ability to inhabit so many different characters and perspective allows him to addresses almost every perspective possible. Yet for all of Waits’ romanticising and lyricism of the big blue, he is always there to point out the important facts of nature. Showing that it is not our domain as there are depths as yet undiscovered and we are not the apex predator.

The Ocean as Experience:

The idea of falling into the ocean is another image that crops up in the obscure-ish track ‘Fallin’ Down’. The phrase ‘to fall in the ocean’ means that one’s luck will save them even in the greatest extremity. This heavily references the biblical characters of Jonah and Arion who were cast into the sea, but were somehow rescued by a whale and a dolphin. As we have mentioned on the podcast several times now, you can always see Waits’ next phase/sound in earlier albums and this religious line, that is also about the sea, and contains the debut of his banjo in a studio recording, is a tell tale sign of his shift into the ‘sur-rural’. Perhaps rather out of character he is also making an autobiographical nod here – this song comes to us on the live Big Time album, and by the end of the seminal ‘Franks Trilogy’, Tom has had to throw himself in the deep and pray for luck, taking on the roles of writer, performer, and producer too.

This line appears much later in his career during the heart wrenching ballad, ‘All The World Is Green’, where he claims once he married Kathleen it was like falling into the ocean. Now this could be sweet in two ways, either his luck only started when he met and swiftly married Kathleen, or that he knows that while they, as all couples are, may not be perfect, his luck will carry him through. He is subject to the whims of the ocean that can change unannounced at will.

Have you heard our Tom Waits centric podcast yet? Hosted by long-time friends/fans Sam Whiles (@sidwidle1) and Tom Kwei (@tomkweipoet), ‘Down in the Hole’ explores the entire oeuvre of the American singer songwriter, album by album every fortnight.